In a time when rock and roll music has become less rock and more emotionless roll, it’s a good thing to know that there is a band like 21 Grams More around to keep the fire alive for the traditional sounds and themes of true blues inspired rock music.
21 Grams More overflows with the soulful sounds of music from a bygone era and it shows. Traces of Sly and the Family Stone, Stevie Wonder, and Muddy Waters, find themselves mixed with rock and roll sounds brought to us by many of the British bands of yore. The dirtied-up sounds of roots rock and americana ring out in everything they do.
Founded by ex high school classmates Kamal Jackson and Jeff Nilsen; Frontman Jackson's gritty and powerful vocals wrap around the haunting melodies perfectly and the lyrics are complemented by Nilsen's driving guitars. Skillful work on the keyboards moves evocatively from, B3 organ gospel-style runs, to honky-tonk piano and everything in between. Passion seems to pour from the speakers as Brent Conley's melodic basslines hold down the bottom end and completes the rhythm section with the drums locked in and driving the groove.

“Hitting listeners with their blues-rock style, the band infuses soulful emotion into a funky soundscape that grabs hold of you and gets you moving.” - Claudia M

— The Other Side Reviews

“Soul Has Weight” is a heavy mixture of blues, soul, gospel, and rock that takes the cake AND eats it too!” - Mike Oregano

“Their sound is classic Blues Rock in the modern age. Delivering a unique sound with edge...” - JR McKeague 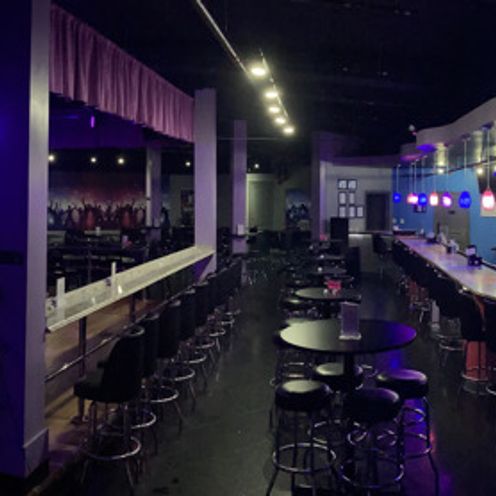 Your tip can help us keep making music

Your support and love keep us going. Your small gift brings our new music to life through studio recordings as well as live performances.

Enter the amount you wish to donate